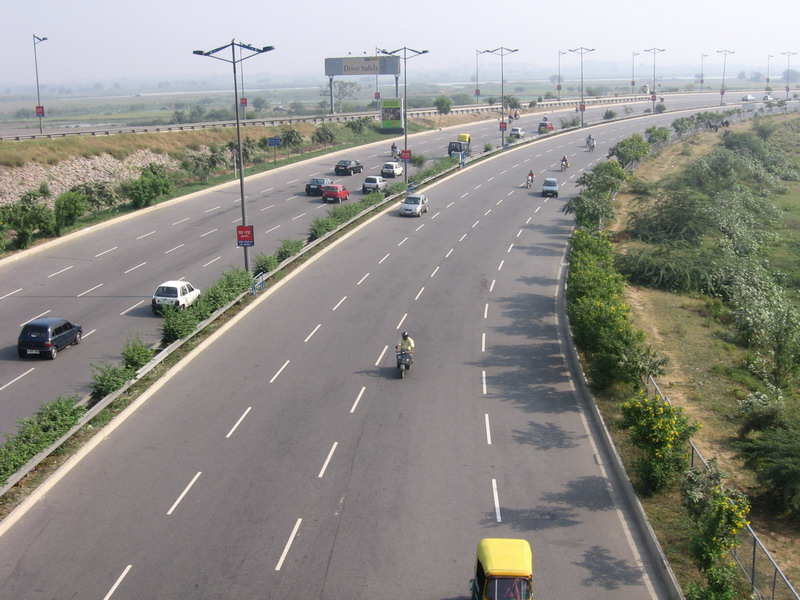 CHENNAI: The Chennai Port-Maduravoyal double-decker expressway could lastly take form with extra entry factors and an elevated estimate. The challenge price has been revised by the NHAI from Rs3,100 crore to greater than Rs 5,000 crore and as an alternative of the sooner design with three entries and three exits, the revised plan has seven entries and 6 exits. The ultimate estimate of the six-lane flyover might be wherever between Rs5,000 crore and Rs5,500 crore, stated NHAI sources.

Of the 20.6 km stretch, 14 km (Napier bridge to Koyambedu) shall be two tiers. Whereas the decrease tier is for native visitors, the higher one is for autos travelling straight to Chennai port.

“We have now began making ready an in depth challenge report based mostly on the brand new alignment and have additionally initiated strikes to get the CRZ clearance from the atmosphere division,” stated an NHAI official. 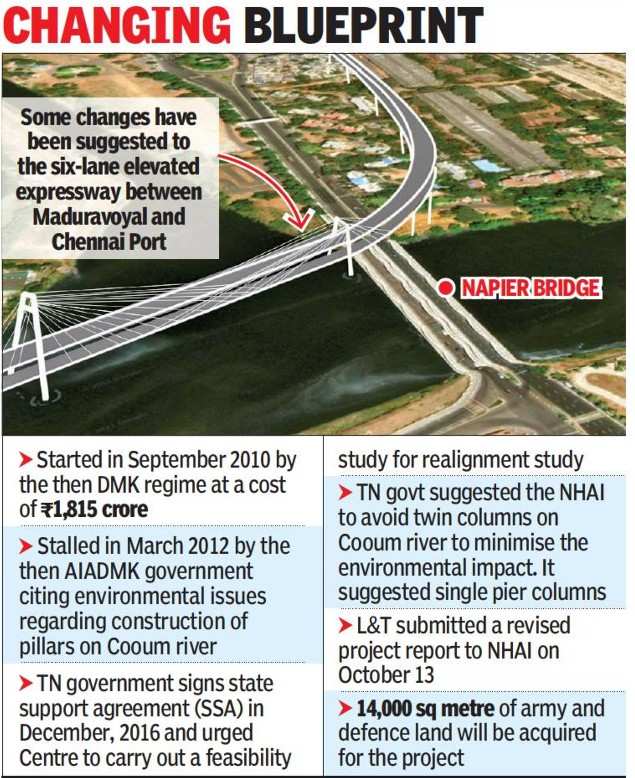 Primarily based on a request from the NHAI, the state authorities has agreed to reimburse the royalty for the uncooked materials comparable to earth and gravel getting used for the street challenge.

The NHAI would enter right into a memorandum of understanding with the Tamil Nadu authorities within the coming weeks to start the challenge, stated the official. “We have now agreed in precept to the proposals and ideas given by the state authorities,” he stated.

The state has demanded connecting hyperlink to the expressway at Chintadripet (entry and exit), Montieth Highway (exit), Binny Highway (entry), Spurtank Highway (entry) and close to K3 police station (entry and exit). The NHAI has agreed to it in precept and has forwarded the identical to the technical committee to check the feasibility.

Because the state authorities has agreed in precept to expedite the challenge, the NHAI would start the development work by the start of subsequent yr, the official stated and added that tender can be floated by September finish.

The technical committees are additionally finding out the soundness of the pillars constructed alongside the alignment of the challenge. “The earlier contractor had constructed 110 pillars between Maduravoyal and Koyambedu in 2010-2011, earlier than the Jayalalithaa authorities stalled the challenge in 2011. They are going to be put to make use of. However the twin pillars constructed alongside the Cooum River mattress, to which the Jayalalithaa authorities raised objection saying it will adversely have an effect on the atmosphere and would end in flooding of residential areas, will not be prone to be a part of the challenge. There shall be cable bridge flyover over Napier bridge,” stated one other official.